The second instalment of our trip round Bristol starts off at the Bristol Royal Infirmary on Upper Maudlin Street. 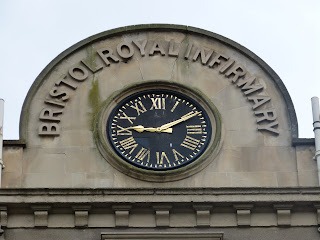 This all make sense - a standard clock with the words of where it is written around it. All sensible stuff. 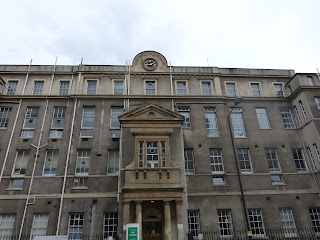 But what on earth is happening around the corner at the bus station? Surely this is a place where knowing the time might be quite useful. So what do we find? Well, this one-handed "clock" - I think it might actually be an art work as it does not tell the time at all even though the hand moves round. 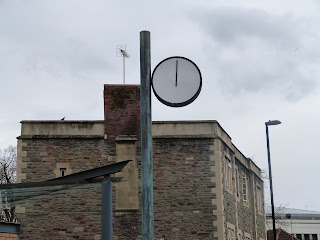 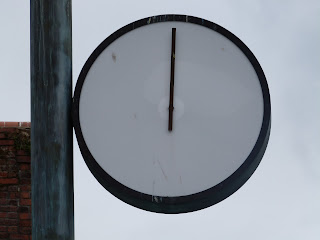 And inside there are four similar "clocks" set out in a row, none of which (or even collectively) give you a hint as to whether you have arrived early enough to catch your bus. 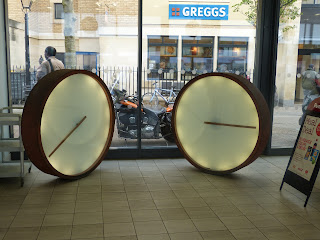 Or is it just a ruse to confuse, so you don't realise when the buses are running late? 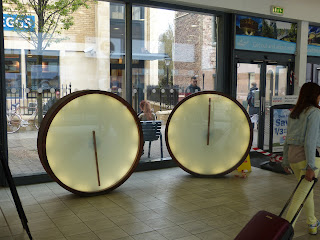 Let's get back outside and visit St Jame's Priory - a no-nonsense clock which serves a useful purpose. Phew. 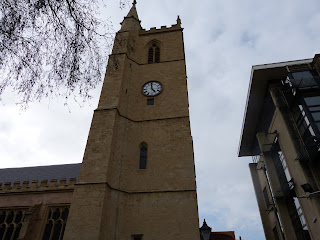 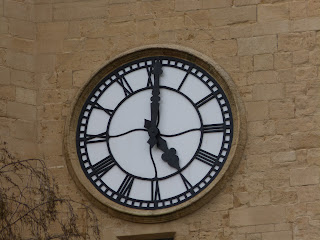 Around the corner is this battered old clock, rather confusingly marked up as both "The Clock Shop" and "books", I assume reflecting changing use of the premises over the years. Will someone save this poor clock? It would be a shame to lose it as it is a nice example of arabic numerals in a world where most clocks seem to have roman numerals or none at all. The scaffold on the building had just come down, so at least it isn't being removed immediately. 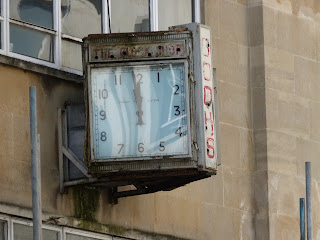 From clocks and books, to burgers. The shop is now a branch of Burger King. Interesting this is in The Horsefair - probably not a great address for a burger joint given the recent meat scandals. 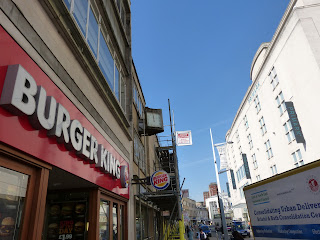 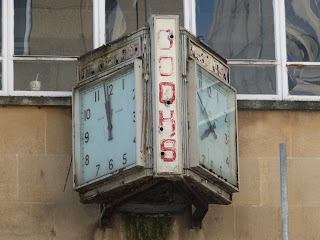 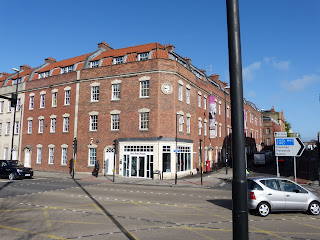 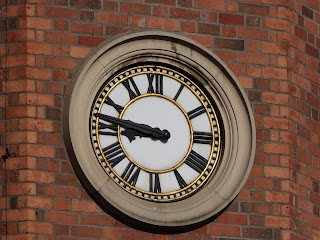 Taking a left here takes you up to St Paul's church (1794) in Portland Square, with its wedding cake like tower. 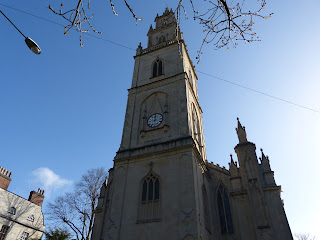 The clock proclaims itself as a war memorial which is rather odd. St Paul's is no longer a church, and is currently used by Circomedia as a circus skills training centre. 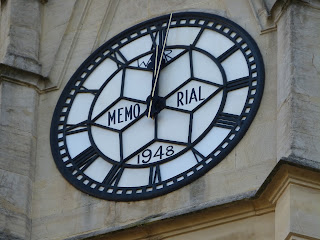 On the car-dominated Bond Street, with its modern architecture and poor pedestrian environment is the visual delight that is the Cabot Circus Hotel (and conference centre - mustn't forget that). 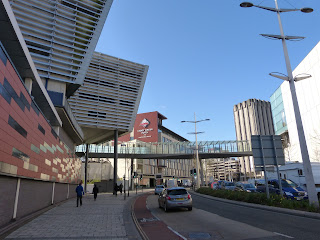 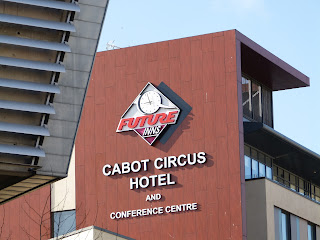 I have no idea what the design around the clock is all about, and no desire to find out. 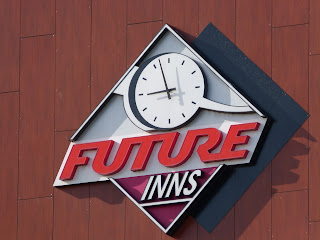 To the east of Bond Street we move away from the city centre. The Palace Hotel is on west street, and is described in "Pevsner Architectural Guides - Bristol" (Yale University Press) as "an absurdly high and pretentious gin palace". Sounds good to me! 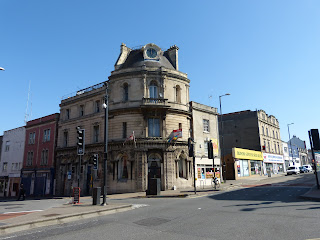 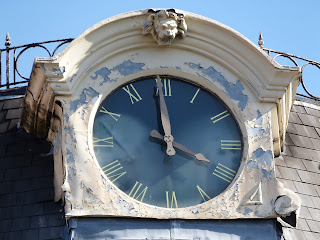 Around the corner in Trinity Road is the lovely St Philip's Library of 1896, although sadly no longer a library. Luckily the building seems to a host of current uses, and so hopefully this clock will survive for a long time yet. 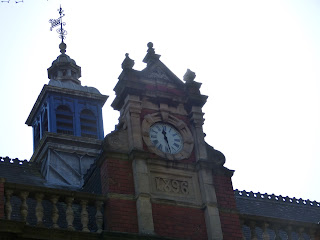 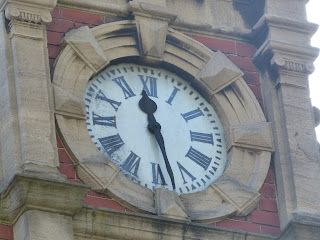 Around the corner again, on Stapleton Road, is this chapel. 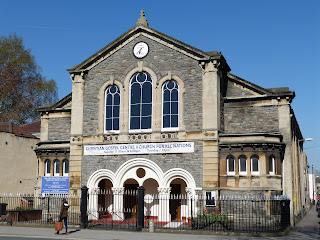 The clock may state that it is "time to seek the lord", but that time seems to be permanently set at about twenty to eight. 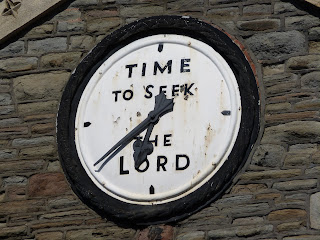 And here endeth part two of our trip around Bristol clocks. Part three will be along shortly.
Posted by Clock Master at 21:53